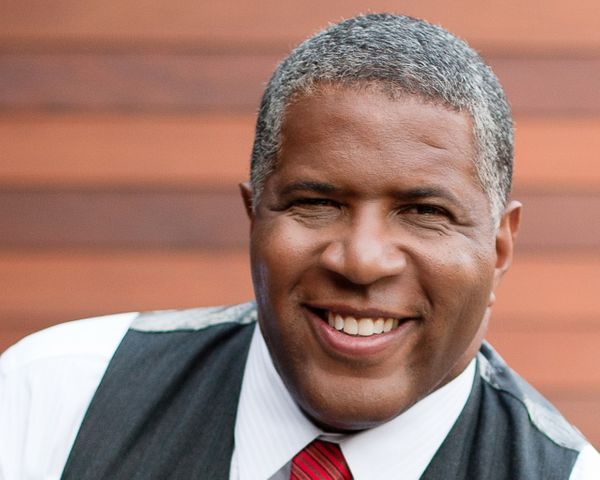 As a philanthropist, an industry leader and an entrepreneur, Robert F. Smith has used his platform to help create opportunities for U.S. minorities to challenge themselves to achieve excellence academically and professionally. Smith is the founding director and President of the Fund II Foundation, a charitable nonprofit organization serving the Black community through grants to preserve culture, protect the environment, nurture talent through education and liberate the human spirit by connecting the students of today with the tools to become the leaders of tomorrow.

The Story Behind Student Freedom Initiative

As the Founder, Chairman and CEO of Vista Equity Partners, Smith has a vision for the future of the global digital economy that ensures diverse communities are not left behind. One of Smith’s strengths is his ability to find elegant solutions to complex problems. Smith credits this to the chemical engineering degree he earned at Cornell University. That school at Cornell is now named the Robert F. Smith School of Chemical and Biomolecular Engineering, in honor of his achievements. Smith, an Alpha Phi Alpha brother, recognized the proud history of Historically Black Colleges and Universities (HBCUs) and Minority Serving Institutions (MSIs) in the United States, whose graduates are business leaders, educators, top scientists and politicians. And, he saw a way to expand that legacy for more students.

Smith, at the Morehouse College Class of 2019 commencement address, enacted his idea of how to further the mission of MSIs. By reducing or eliminating the debt burden of graduates, the creative and generative potential of each student could be unlocked to empower communities.

The problem Smith wanted to help solve is the lack of intergenerational wealth in the Black community. Currently, 60% of African American wealth is consumed by the servicing of student loan debt. According to the Center for Responsible Lending, Black students with bachelor’s degrees owe approximately twice as much as their white classmates four years after graduation.

“I thought that was just an atrocity,” Smith said during a February 2021 interview with the BlackNorth Initiative. He described bringing “some pretty smart people together” to find the right solution. Nine HBCU presidents, some of the brightest minds in education leadership, together contributed to the plans which became Student Freedom Initiative, “[...] a perpetual engine of support for our students.”

Robert F. Smith's philanthropy bolsters the ongoing work of African American communities contributing to social justice, education and professional pathways. Smith shared his personal philanthropic strategy with Morehouse students upon announcing his intention to liberate them from student loan debt in 2019 saying, “You must become a community builder. You don't want to just be on the bus. You want to own it and drive it and pick up as many people as you can.”

When Time Magazine recognized Smith in the TIME100 list of the most influential people of 2020, it was not only for his success with Vista, but for his philanthropic vision. The imperative to set people and communities on the path to realize their success led Smith to personally contribute $50 million to the launch of Student Freedom Initiative to match the $50 million gifted by the Fund II Foundation. Other institutions have also been provided with funds aimed towards equity, such as Smith’s alma maters. The Engineering College at Cornell University received $20 million, with another $10 million for minority STEM scholarships. At Columbia University, where Smith graduated from the Columbia Business School, Smith provided $15 million to help expand the Manhattanville campus to be more inclusive of its Harlem neighborhood’s diversity.

And, in addition to his largess in resolving more than $34 million in student loan debt for the class of 2019 graduates, Smith contributed $1.5 million to Morehouse for scholarships and an outdoor park. To the Sphinx Organization, which is dedicated to diversifying the world of music through education, Smith funded an annual $50,000 music scholarship. Smith’s $20 million to the National Museum of African American History and Culture has made it possible for families to trace their histories and also to preserve stories that might otherwise have been lost.

“The greatest joy you will ever feel in your life, from my experience, is the joy of liberating the human spirit,” Smith said, explaining in the BlackNorth Initiative interview, that each person has the ability and the obligation to do what is in their power to enable their fellow community members to excel. Finance-industry leader Smith, chosen by Forbes as one of its Greatest Living Business Minds in 2017, also said that to excel, not just survive, was “our obligation” because history has shown that others are not “necessarily genuinely interested” in seeing our communities thrive.

Smith counts two firsts among his honors. The first Black American to sign the Giving Pledge in 2017, Smith made a commitment to donate the vast majority of his net worth to philanthropy. Smith has been on the board of Carnegie Hall since 2013 and was elected the first African American Chairman in 2016. Smith serves on the Columbia Business School’s Board of Overseers and is a member of the Cornell Engineering College Council.

Find out more about Student Freedom Initiative partner organizations contributing to the programs that help student participants thrive in school as they begin to pursue their professional interests.