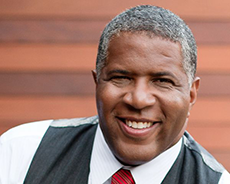 In 2019, he announced he would pay off all of the student loans of the entire graduating class of Morehouse College— a gift of over $34 million. That act inspired a plan for even greater impact to create generational change for college students, who can overcome huge obstacles to advance their own education and careers. His $50 million donation, which matched that of the nonprofit Fund II Foundation (of which Smith is the founding director and President), provided the initial endowment for Student Freedom Initiative.